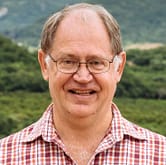 Pieter de Waal was born in South Africa in 1961.

He stays in the city of Centurion, close to Johannesburg.

Pieter received his ministry training through Campus Crusade for Christ, where he ministered to singles, students and the youth. His background includes the facilitation of practical leadership and management training in the South African Air Force.

Pieter spent more than twenty years at the Engineering faculty at Tshwane South College in Centurion, South Africa,  where he became a co-founder and board member of the Christian Students Movement, a discipleship ministry for College students. This ministry enabled him and his colleagues to present yearly life enrichment seminars for their students.

He loves developing Christian seminar materials and presenting them to students. His series of teachings on spiritual warfare was originally called Gladiators for God, but after expanding it to encompass the fullness of God’s covenant-walk with each believer, it is now being transformed into the Co-Walk series. When completed, this series will have close on a thousand pages.

Eventually, Pieter had to give up his love for teaching Engineering students.

His management and leadership skills inevitably led to his appointment as Head of the Department of Natural Sciences.  Although he excelled in this position, he became increasingly frustrated with his inability to find enough time to complete the development of his training series.

Finally, he decided to go on early retirement in order to further pursue his first love of researching and teaching the Word of God. Thus, at the end of 2017, he permanently left the Technical College environment.

Pieter is very excited about the impact that his materials will have on the church worldwide. He has the vision that Christians throughout the world would rise up and obtain the fullness of God’s purpose for their lives and is convinced that his strikingly unique materials will make all the difference.

Pieter is married to Marietjie, and they have three children. They love the outdoors, but Pieter is spending most of his time on his computer, working on his Christian study materials.